What made Dorsey’s idea stand out where others fizzled? 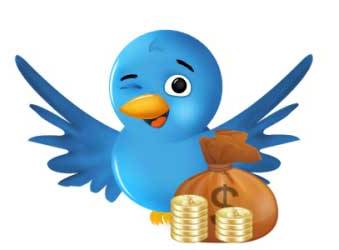 In the ocean that is hopeful internet startup companies, what is it that sets certain ideas apart and allows for phenomenal growth, sometimes virtually overnight? Does the idea really sell it, the approach, or simply the luck of the draw?

While this success of Twitter may have seemed instant to users, it actually took founder Jack Dorsey years of trial-and-error during development, plus a lucky break that involved a crucial investment.

Other short-messaging platforms were in the works at the same time as Twitter, then simply called ‘Twttr.’ Just as Facebook battled with mySpace, and Skype muscled out several similar video-streaming platforms, often the secret to success has been having an inside track.

Dorsey had been hired by Odeo co-founder Evan Williams. Williams had already tasted incredible success as part of the creative team behind Blogger. This allowed him to essentially dabble in startups, looking for the next big thing.

He found it alright in Dorsey, who has also since founded Square, a credit card reader technology now valued at over $3-billion. In other words, luck and idea may get you so far, but nothing seems to beat having investment capital.

Other companies are still snapping at Twitter’s heel. Some hope to take advantage of some of the limitations users regularly complain about. These typically include the mandated-shorter messages and the confusing nature of some functions.

One of those developers is UberMedia, which has developed a series of apps that work with and through Twitter. On some days these apps account for roughly ten percent of all Tweets sent. Their team is now looking for ways to improve on the original model.

But even the big boys can fail when chasing the ideas of others. Google made a bold bid for Facebook users to make the leap over to Google+, with mixed success. They also attempted GoogleBuzz, essentially Tweets linked with your Google email account. It fizzled fast.

The take-away might be that entrepreneurs have found success and failure through a myriad of scenarios. Some involve sharing your idea with potential partners, while others are able to do it largely alone.

Circumstance seems to be the great equalizer. It’s funny to think, had Dorsey not gotten that initial job at Odeo, there likely would not be a Twitter or a Square. Sometimes it is about being in the right place and the right time.