10 Simple Ways to get Noticed on Google 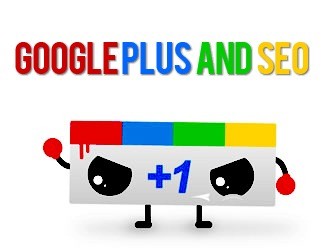 Google+ has 400 million registered users, and over 100 million active ones, according to the company’s official announcements. (And 70% of the users are male. Odd.) So now we wonder: where are all these people? If you’ve checked your Google+ account recently, you may have noticed that it’s awkwardly silent.

Maybe it’s because it’s still a new service, and people are trying to find their way around. Or maybe everybody is hiding in Communities or Hangouts, and you need a super-secret password to get in. Or maybe it’s because it has so many male users, and men don’t talk that much.

On the bright side, this means it’s easier to stand out from the crowd by creating a Google+ page that turns heads and gets the conversation going. Be warned, though, that Google+ gets really addictive, really fast. It may seem all cobwebs and moths, but, once you shake things up, it brings a level of social involvement that’s unmatched anywhere else on the Internet.

1. Toto, we’re not on Facebook anymore, welcome to Google+

You’ve probably heard people saying that Google+ is Google’s response to Facebook. Forget about it.

Google+ is not Facebook, Twitter, or anything of the sort. It’s an attempt to organize both the informational component and the social one, so as to make interaction easier, allowing for actual meaningful conversations, instead of the usual communication in short messages and statuses.

This means that many strategies that boost an account’s popularity on the other social networking platforms will not work here, so don’t try to copy and paste your Facebook page.

2. Learn the tools of the trade On Google+

One of the reasons why Google+ is not (yet) as popular as Facebook is because it’s not as easy to harness its maximum potential. Sure, you can post a few funny pictures and update your status, but there’s so much more to it: integration with YouTube, Picasa albums, circles, communities, video hangouts, and, of course, every other brilliant Google product out there, such as Maps, Books, Offers, Authorship, and so on. (On a side note, if you’re not using Google Authorship yet, you don’t know what you’re missing – it’s probably the number one reason why bloggers and web content providers join Google+. Know your audience and understand what brings them to this platform, and you’ll find it a lot easier to attract their attention.)

Take your time to explore these options, and their specific uses. You won’t blast 140-character messages to millions of followers, but you can sit down with 5-6 of them, in a “hangout”, and explain your concepts, plans, and ideas in great details, in a video conference. Instead of updating your status with a quote from a book only you have read, you can link directly to Google Books, so your friends can grab a copy and understand why you’re so excited about it.

Each medium has its specificity, and Google+ seems to deal better with smaller, but more focused audiences. Sure, Britney Spears may have over five million followers, but posting message and updates in a massive group like that can be disheartening, like trying to make your voice heard over a cheering crowd at a football game. Sometimes less is more, even in the age of social media.

A popular Google+ page is not necessarily one that attracts hundreds of thousands of visitors, but rather one that gets you invitations to events in your particular area of interest, and access to the “inner circles”. (Not an official category on Google+, but pretty sure they’re out there, somewhere.)

Your page is dominated by the five pictures in the panels on top. Make them interesting, but keep them consistent. Think of something that represents you visually (though putting up five pictures of yourself may be a bit narcissistic).

Providing value will attract more followers, obviously – but defining value when it comes to online content is not so easy. It has to be fresh (genuinely fresh, not a repackaging of something you’ve read on another website five minutes ago) and easy to comprehend at a glance. Nobody wants to spend hours deciphering a philosophical paper on the immortality of the soul.

If you want to learn from the best, you can check NASA’s page. It’s updated frequently (even 15 times a day), and has millions of followers. Granted, it’s tough to compete with NASA, but there’s a place for everyone, if you have something valuable to share.

The top pictures and videos are funnies. Because the Internet can always use more cute cats doing cute things. You can use the never-ending interest for fluffy baby animals to your advantage, to increase the popularity of your page, depending on how you want to position yourself in your circles.

Needless to say, if you want to project a very serious and professional image, you can skip this completely. Otherwise, make sure the content is original – take pictures of your own cat, instead of re-posting those you received in a chain e-mail. All cats are cute, and they all do cute things.

If you don’t have time for this, you can always hire a ghost writer or cartoonist to create an original work you can share with your friends once a week or so. If your page becomes really popular, it doesn’t even have to be work for hire; you can showcase a new artist, who, in return for all the free advertising, grants you exclusive publishing rights.

7. Find your super-stardom niche on Google+

To sum things up a bit so far: people want information and entertainment, but millions follow Britney, Lady Gaga and Madonna, to find out that they had no idea what to wear today, which is neither informative nor entertaining. There’s no rocket science – these people are the stars’ stable fan-base, and they will follow anywhere, just to feel a little closer to their idols.

If you’re a super-star in your own right, irrespective of your area (knitting, cooking, throwing Frisbees, and catching Frisbees), bring your fan-base along, and invite them to view your Google+ page and to spread the word about it. You can import your contacts from Hotmail and Yahoo, and even from Facebook (it’s not straightforward, but it can be done, so you don’t have to invite everyone manually).

There’s no confirmation or acceptance of followers on Google+, which means you don’t have to follow people back, if you don’t want to. The good news is that there’s no pressure to follow all those marketers begging for attention. The bad news is that you have no control over who’s reading your content – it could be your boss, your spouse, your arch-enemy from Metropolis, so show restraint in what you share with the world.

If you have a brand page, you probably want to add back all those who’ve added you to their circles, because you cannot initiate this process. Other than that, you can still interact with others, comment and discuss using the brand page, just like any other user.

9. Adjust to change with Google+

Google+ is still in its infancy, as a project, and it will undoubtedly change in the future. Changes attract new members, but also alienate existing ones. Your own response to such changes will determine the future success of your page – after all, you’re building a Google+ presence for years to come, not just for the few next months.

For example, promotions and contests were initially banned on Google+ pages; however, one of the most popular posts of all time was an Android promotion for 10 cent applications (talk about double standards). Also, for now, users are required to register with their real names, but Google officials have dropped hints that this may change in the future. This means that the place will open up to cheaters and fake accounts, but also to heated debates, as people are more likely to speak up on controversial topics when they don’t have to sign with their real names.

Such changes will shape the membership base of Google+ in general, and your Darwinian ability to adjust will insure your ongoing success on this platform.

10. Monitor your progress (and your competition) on Google+

Are you popular yet? Keep an eye on your progress using sites such as SocialStatistics, SocialBakers or Zoomsphere, and also visit the most circled pages in various categories, to get some inspiration from what they’re doing. Keep your expectations realistic. Even some of the world’s top 100 most valuable brands have less than 5,000 followers at the moment.

There’s no standard measure for popularity; in the end, you may benefit more by having a group of 50 active people, than by getting thousands of idle followers and circles. If Google+ grows, grow with it. If it doesn’t… it was worth a shot.

What’s your take on Google+? Worth setting up a page, or doomed to fail in the MySpace and Friendster trash can? Are circles worthy connections based on interests, hobbies and areas of expertise, or will they get flooded with stray cows once Farmville finds a way to creep in? Love to hear your thoughts, so share what you’re doing to become more popular on Google+.