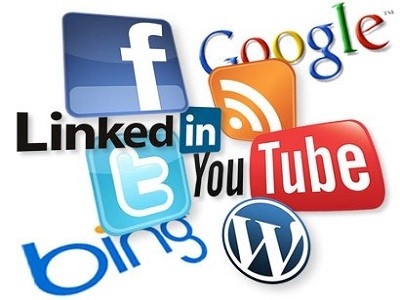 The social media landscape is always changing. It changes so fast that staying head of the game is a real challenge.

With one quarter of the world’s population using social media, it’s in our best interest as developers and designers to stay ahead of the trends. There are several social media trends to look out for in 2015 that relate to running a website or web design business. This article will take a look at the trends that will make the biggest impact.

Here is a list of things to look out for in the realm of social media for 2015:

Mobile Will Be Priority This means that websites not only have to be responsive, they have to be developed from the ground up with the mobile user in mind. Ads and shopping systems will be tailored to mobile devices. They will be geo-targeted, allowing advertisers to display appropriate ads based on location. One of the most important trends to be aware of for 2015 is e-commerce over social networks (s-Commerce). Social media networks are developing ways to handle payments without someone having to leave the network. They want to be your online wallet. They know that the shorter the path to conversion, the more likely is it that the conversion will take place. They want to handle the transaction for you, making the transaction the shortest path possible. They want the conversion to take place on their network so users don’t have to leave their site

For example, Time magazine recently revealed that Facebook has a payment feature hidden within the messenger app. This would work well with their autofill feature that allows users to save their credit card info. This would also integrate nicely with their buy button, allowing Facebook users to make their purchases through Facebook.

This would do away with the need to send the reader to PayPal, Square, Stripe, Apple Pay, or any other payment method of choice. This would also show an even greater need to integrate your website with Facebook and Twitter and be active on social networks.

Twitter has also gotten into the one-stop-shop market with their very own buy button. The button can be embedded into tweets so buyers can shop directly from the tweets themselves instead of being redirected to another site.

Tumblr is also getting in on the social shopping trend with their very own Buy, Pledge, and Get Involved buttons. Users can post links from sites such as Etsy, Artsy, Kickstarter, and Do Something.

Snapchat has partnered with Square to create Snapcash. Snapcash uses Square’s servers to let you easily send money directly to your friend’s back accounts, so making payments is faster and remains secure.

Getting involved with social shopping is a smart move because you already have a network to sell to. It’s a live and active media network that’s a perfect platform for short term deals. The deal can be shared quickly and users never have to leave the network. It works because you can go where they are and you don’t have to entice them to go somewhere else.

This would also solve the issue of analytics. It can be difficult to track sales campaigns because you have to know where traffic came from. This is doable, but it can also get out of hand. This would let you track through the network instead of the entire web, making the analytics easier to follow and understand.

This can help web designers and developers in several ways. For one, you will be able to receive payments through social networks. For another, you can develop systems for clients to connect their websites directly with their social shopping systems.

Many people are moving from text to video content. Videos can be created and shared easily with smartphones, iPods, tablets, and other devices, and can show much more than can be conveyed in text. They don’t take long to create and users don’t have to worry about their writing or photography skills.

Services such as Instagram, Instavid, Hyperlapse, Snapchat, Vine, YouTube, and other social video services are great ways to build a brand, show off products, and deliver a message. They can also be integrated into your website.

For example, Instagram has added in-feed advertising to their videos. The ads can target users based on age, gender, and country. This is a great way for marketers to get their message in front of their target audience.

Vlogging and micro-vlogging are great ways to quickly and easily produce content and give consumers one more way to get to know you and your brand.

Privacy on social media networks has never been truly private. True privacy is extremely difficult to achieve. Some networks are working on solutions to help users remain anonymous when they choose.

Facebook’s new iOS chat app Rooms gives you an anonymous chat room that is separate from Facebook and joining the room is by invitation only. Invitation is sent by a special code that can be shared. Rooms does not provide 100% anonymity as it requires users to use their real names, but at least they can use it without their friends seeing they’re online.

To remain anonymous, users have gone to alternate networks such as Ello and Whisper (although Whisper has gathered and compiled posts for their own database).

As more people tend toward private social media networks it can become more difficult for your brand to interact with them. This can pose a challenge for advertising and marketing to them.

A niche social network is a network made for a specific group rather than for the masses. They’re not a one-size-fits-all type of network. There are many advantages to niche networks. For one, you don’t have to worry about someone in your fitness group on Facebook trying to talk to you while you’re catching up on web development news. You can focus on just one thing. For another, the ads are targeted directly toward your interests. Everything about niche networks can be more focused. Networks will be more focused and bring users with common hobbies and passions together into a single network.

As an example, let’s look at two niche social networks and look at the opportunities with both.

You can advertise with Foodie (Foodie… is that like timey-wimey? Foodie-woodie?). Okay, I’m back. It looks and works a lot like Pinterest. The advantage is you don’t get distracted by cute kitten pics while you’re looking for a lasagna recipe. Another advantage is the ads focus on food. This one lets you share your favorite workout plans and talk about fitness with your friends. You don’t have to worry about aunt Irene trying to get you hooked up with her neighbor just because she saw that you’re online.

Niche social networks such as this can be incorporated into your own niche sites, too, which is a total bonus!

Another option is building a niche social network into your own (or client’s) site. Two great ways to do this are BuddyPress and WP-Symposium Pro. Let’s take a quick glance at each:

This free plugin from Automattic adds a social network to your WordPress site without taking over the site itself. You can build any kind of social network you want with features that include user profiles, user groups, activity streams, notifications, friendships, private messaging, topics, and so forth, and you can expand it even further with add-ons. It works with any theme and it’s easy to set up and intuitive to use.

This plugin lets you build a social network that includes an activity wall, friends, forums, private mail, private messages, groups, member profiles, calendar, lounge, directory, toolbars, galleries, and more. Some of these features are built into the core product, while others are free add-ons that are added to the core software with short codes or CSS so you can choose the features you want. It’s easy to set up and use. Adding a forum is as simple as adding a category. You can create a page for the forum to exist on, select that page in the settings, and the shortcode can then be added to that page. Marketing is about being in the right place at the right time with the right content. But you knew that already, didn’t you? This greatly increases the chances that your content will go viral. Agile marketing helps create these “right time, right place” possibilities by monitoring trends on a large and small scale, every minute of every day. Developers and site owners will want systems in place to perform this type of monitoring.

In light of Facebook’s organic interaction shrinking, Elliot suggests that the two most important things we can do are:

The Forrester survey shows that US adults that stay in touch with your brand are almost three times more likely to visit your site than engage you on Facebook. This means you should definitely build the community on your own site.

2. Stop Making Facebook the Center of Your Relationship Marketing Efforts

The Forrester survey also shows that US adults that want to stay in touch with you and your brand are almost twice as likely to sign up for your emails than they are to interact with you on Facebook. The survey also showed that your emails get delivered more than 90% of the time, while your Facebook posts get delivered 2% of the time. This doesn’t mean ignore Facebook and only focus on email, but it is a great reason to prioritize your budget and time on building your email list and improving your email campaign efforts.

Ads are becoming more prevalent on social media networks. Not only are there ads in networks such as Snapchat on mobile devices, there are also video ads on Instagram and Facebook, and a higher variety of cards on Twitter. Social networks are finding new and innovative ways to include advertisements even on mobile devices and apps.

This creates opportunities for developers and designers to create ad campaigns for clients and themselves. You can spend your advertising dollars smarter by targeting your advertising to specific users and integrate the ads within your social media networks, which will be better integrated than they have been up to this point. You can interlink your social media channels with your email, apps, and website. With ads being better integrated, your users will not feel that they’re being sold to because ads will be more relevant.